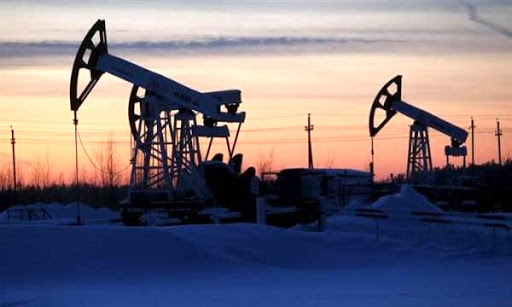 Oil prices extended gains on Monday that have lifted crude benchmarks by more than a third from this year's lows, as tightening supply and an improving global outlook strengthened the sentiment for a market recovery.

Front-month Brent crude futures were trading at $39.37 a barrel at 0945 GMT, up 65 cents from their last settlement. In January, prices fell to levels not seen since 2003.

U.S. West Texas Intermediate (WTI) futures fetched $36.57 a barrel, up 65 cents from the last close and 40 percent above February lows.

While data showed late last week that U.S. energy firms cut oil rigs for an 11th week in a row to the lowest since December 2009, as producers slashed costs, there is still a glut of physical oil that some warned could again weigh on prices.

"The past days' oil price rally was from our perspective less related to a shift in fundamentals but a recovery of sentiment," said Norbert Ruecker, head of commodities research with Julius Baer, adding the bounce did not yet herald a long-term recovery.

China imposed a cap on its energy consumption by 2020, marking the first time the world's second-biggest economy has set such a target and casting doubt on its consumption growth. The National People's Congress, or parliament, opens its annual session this week.

Traders said shifting sentiment was lifting prices as large amounts of short positions were being closed and bets on rising prices opened.

Ric Spooner, chief market analyst at CMC Markets, said: "There's a good prospect that Brent could hit $40 ... (it) could easily do it in the next trading session."