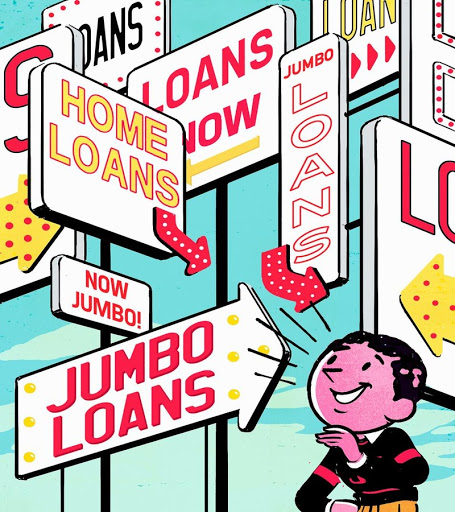 Look out, banks. Home buyers are increasingly turning to independent mortgage companies for their loans.

In 2014, nondepository independent mortgage companies originated 47% of completed home-purchase loans and 42% of refinance loans, according to data from the Federal Reserve. That's up from 43% and 31%, respectively, in 2013 and the largest share of the mortgage market held by non-banks since 1995.

The vast majority of nonbank mortgage volume is still from conforming mortgages backed by Fannie Mae, Freddie Mac and the Federal Housing Administration, but nonbank lenders are eager to increase their market share of jumbo loans, says Guy Cecala, CEO and publisher of Inside Mortgage Finance, a trade publication that tracks originations. Jumbo mortgages have dollar amounts above conforming loan limits of $417,000 in most areas and $625,500 in some pricey home markets, such as New York and San Francisco.

Still, banks may have an edge in the jumbo market. Because these loans exceed government limits, lenders either must sell the loans to a tiny secondary market of mortgage-backed securities (less than 3% of all jumbo mortgages), or hold them in portfolio, a capacity which only the largest lending-only institutions may have, Mr. Cecala says.

Some nonbank lenders are now selling their jumbo loans to big banks and large institutions, such as Wells Fargo, insurance companies and real estate investment trusts (REITs), Mr. Cecala says. "Banks are realists," he adds. "They need to buy loans from nonbanks to keep their portfolios growing."

Some also are targeting those jumbo borrowers who want particular niches of service.

For example, Quicken Loans allows jumbo borrowers who have straightforward income documentation to complete their transaction fully online. "In many cases, you don't have to talk to a loan officer," says Bob Walters, chief economist for Quicken Loans.

Online nonbank lenders will have an increasing advantage as more millennials-those born between 1981 and 2000-enter the mortgage market, says Jason van den Brand, CEO of Lenda, a San Francisco-based lender that currently offers only refinances but plans to expand to purchase loans by the end of 2015.

Speed is a selling point for Charlotte, N.C.-based Movement Mortgage, which operates in 42 states and originated $4.24 billion in mortgages in 2014, says CEO Casey Crawford.

Movement's sales pitch to conforming loan borrowers is being able to close mortgages in seven business days and jumbo borrowers in only a few days more, even with new federally mandated waiting periods on closing documents that went into effect last month.

Beyond lending power, banks hold one other advantage over nonbank lenders-being able to offer lower rates or closing costs to customers based on length of account history and amount of holdings.

"Bank lenders also focus on the overall client relationship, and can offer discounts based on the depth of that relationship," said D. Steve Boland, Bank of America consumer-lending executive.