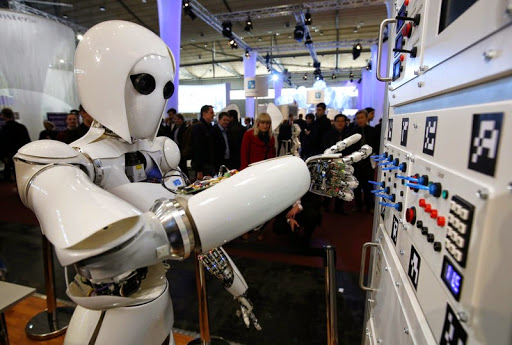 It's now difficult to separate business strategy from technology. The chief information officer is feeling threatened with new titles cropping up - such as chief content officer, chief digital officer - all of which infringe on some of the CIO's traditional areas. So the role of the CIO needs to evolve as technology disrupts business models and creates new ones. As well as being a traditional CIO, they need to be chief integration officers. "CIOs need to harness emerging disruptive technologies for the business while balancing future needs with today's operational realities," says Deloitte. "They should view their responsibilities through an enterprise-wide lens to help ensure critical or compromised investments within departmental or functional silos." The CIO needs to have line of sight to what's happening, not necessarily control, and bring all elements together.

APIs are off the shelf and have become business drivers. "An organisation's core assets can be reused, shared, and monetised through APIs that can extend the reach of existing services or provide new revenue streams," says Deloitte. Public APIs have doubled in the past 18 months and more than 10,000 have been published to date. Deloitte says: "What we're seeing is disruption and, in many cases, the democratisation of industry. Entrenched players in financial services are exploring open banking platforms that unbundle payment, credit, investment, loyalty and loan services to compete with new entrants such as PayPal, Billtrust, Tilt, and Amazon that are riding API-driven services into the payment industry."

Or putting the Internet of Things to work. This is all about the potential of sensors and connected devices in the home and business. "Translating these possibilities into business impact requires focus," says Deloitte, identifying a "need to purposefully bring smarter 'things' together with analytics, security, data, and integration platforms". In Australia, technology on mine sites is collecting data and intervening before there's a problem.

This has the potential to be creepy. Imagine walking into a store and having them know exactly what you're after, from clothing to food. Then again, many would see that as convenient. New rules are being written to reach digitally connected consumers. "Increasingly, organisations no longer market to masses," says Deloitte. "They are marketing to individuals and their social networks. Indeed, marketing itself has shifted from the broadcast of messages to engagement in conversations, and now to the ability to predict and rapidly respond to individual requests."

It's now all done somewhere else, including the software and the servers. Deloitte says it's easy to overlook advances in infrastructure and operations amid the fervour of digital, analytics and cloud. "The entire operating environment - server, storage, and network - can now be virtualised and automated," says Deloitte. "The data centre of the future represents the potential for not only lowering costs, but also dramatically improving speeds and reducing the complexity of provisioning, deploying, and maintaining technology footprints." Processing and storage will be moved as close to the end user as possible, to reduce system delays.

This is about core systems, both built and bought. These assets form the foundation for growth. Deloitte says: "Many organisations are modernising systems to pay down technical debt, re-platforming solutions to remove barriers to scale and performance, and extending their legacy infrastructures to fuel innovative new services and offerings." On average, 80% of time, energy and budgets are consumed by the care and feeding of the existing IT stack, according to Deloitte.

The rise of the machines? This will threaten jobs but there are new roles emerging to replace those lost. Artificial intelligence is real, amplifying effective decision making. Deloitte says companies are applying machine learning and predictive modelling to increasingly massive and complex data sets. "It's more promising application, however, is not replacing workers but augmenting their capabilities," says Deloitte. Examples include automatically analysing web traffic to predict the spread of a human virus, as people look up symptoms online. Deloitte says soldier programs are being designed for enhanced vision, hearing, and augmented situational awareness delivered in real-time in the middle of battle, from maps to facial recognition to advanced weapon system controls.

IT worker of the future.

Where to find that talent? Deloitte says the old skilled work force is retiring and companies are scrambling for skills in the latest emerging, disruptive technologies. "To tackle these challenges, companies will likely need to cultivate a new species - the IT worker of the future - with habits, incentives, and skills that are inherently different from those in play today," says Deloitte. By 2025, about 75% of workers will be millennials, those born after 1983. By 2020, retiring baby boomers are expected to leave 31 million positions open.
Was this article helpful? Yes -0  No -0  14  Posted by: 👨 Jonathon E. Perry