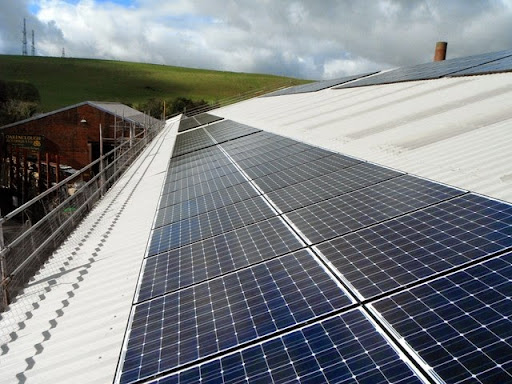 By Maria Gallucci - Worldwide spending on renewable-energy projects reached $175 billion in the first three quarters of 2014, up 16 percent from the same period a year ago, according to Bloomberg New Energy Finance. China drove the surge with record investment in solar energy, Bloomberg News reported Thursday.

Global spending in the third quarter hit $55 billion, a 12 percent rise from a year earlier. Nearly $20 billion of that money came from China, which could add 14 gigawatts of solar capacity this year alone, the London-based research firm said. That's more than all the solar power installed in the United States.

Investment patterns in the third quarter mark a substantial geographical shift, with spending on the rise across Asia and investments tumbling in Europe, BNEF analyst Ethan Zindler told Bloomberg. "The makeup is really quite different compared with as recently as 2011 or 2012, when Europe accounted for a major share of the total," he said.

European clean-energy investments dropped to $8.8 billion -- the lowest in more than eight years -- as governments in the U.K., Italy and Germany continue to rein in subsidies that helped spark a boom in project development, according to BNEF.

The United States was once the world's top investor in clean energy, but it has since fallen behind China in recent years as Chinese leaders move to reduce toxic air pollution from coal-burning power plants and to supply more electricity to the growing middle class.

Last month, former U.S. senator and first lady Hillary Clinton said she wants to transform the United States into the "clean energy superpower of the 21st century." The possible presidential candidate called on businesses and politicians to confront climate change through "smart investment in infrastructure, technology and environmental protection."